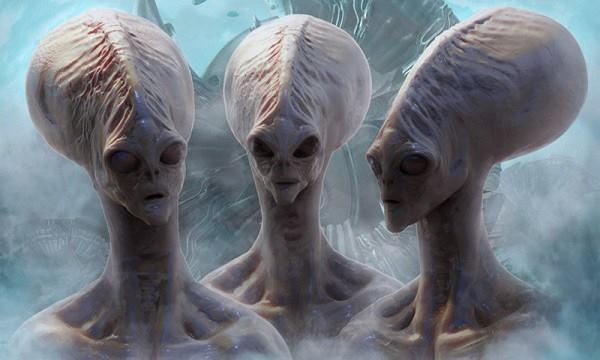 One of the most important things I have learned is that our reality is one which is carefully crafted to keep us from being aware of a hidden greater reality that exists just beyond the perception of most people. Perhaps other than religion, no topic has been subject to such a vast and well-funded disinformation camapign as UFOs and aliens. Given the immense effort required to create and perpetuate the disinformation, the truth behind the issue must be of vital importance to those putting forth the disinformation.

Seeking the truth about UFOs and aliens can bring a glimpse of the greater reality and lead to a better understanding of the true nature of our existence. However, seeking such such information can also result in being abducted and subjected to mind-control by those who want to keep the information secret. Coping with the greater reality can demand an expansion of consciousness and greater emotional strength, therefore, many people simply ignore the issue altogether. 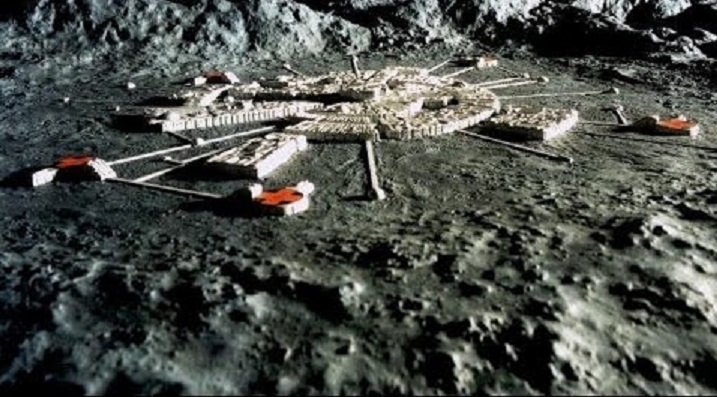 It is now an open secret that the governments of different countries are involved in the cover-up of existence of aliens on the planet. However, what is very surprising is that the existence of aliens is not limited to the planet alone, but they are present on the moon as well. As like every other claim of alien existence, even this one is being refuted by the officials, but there are certain concrete evidences that do prove that aliens are there on the dark side of the moon.

Earth has long had a hostile environment. The chances of being eaten, trapped in a flood, avalanche, ice age, hurricane, dying of a communicable disease or parasites, etc. is pretty high. Any civilization that developed technologically would have likely considered moving underground to a controlled environment to avoid natural disasters and the hostile creatures on the surface. Even today, with our ability to monitor the weather and defend ourselves against most threats, our military has constructed underground cities and transportation systems as insurance against potential disasters and as a way to conduct secret and illegal activities. For an advanced species, living on the surface is not necessary nor is it the most sustainable.

The fact that many UFOs are seen entering and exiting the oceans or the sides of mountains shows that the craft come from the deep ocean or inner Earth or are at least are hiding out there.

Given the violent and destructive nature of humans, it is likely that any beings living inside the Earth would want to keep their existence as inner-Earth dwellers a secret. If they wanted to interact with humans but keep their true origins and the location of their homes secret the best way to do that would be to pretend to be from another planet. 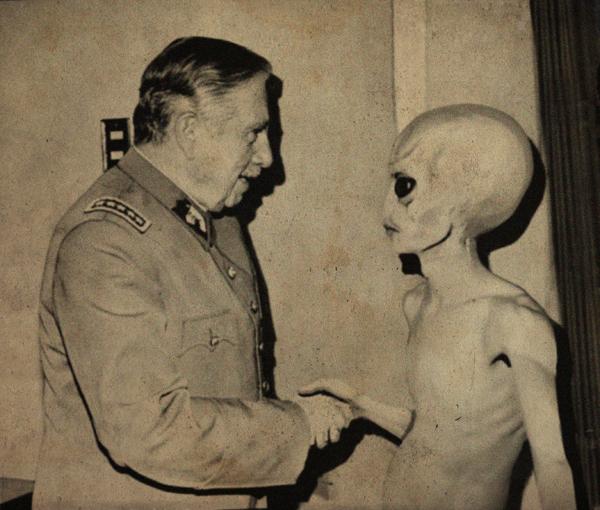 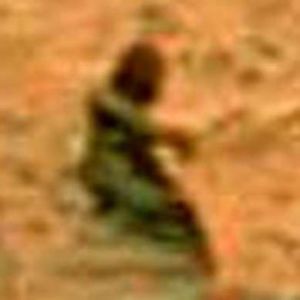 In January of 2004 NASA sent two robotic explorers to Mars, Spirit and Opportunity. The mission was to find out if there had previously been water on Mars suggesting life may have been feasible in the past. Spirit sent back this remarkable image of an alien shaped being that of course the US Government is saying was just shadows and rocks. We're a little skeptical so we posted the pictures for the world to see.

SETI researchers monitor millions of radio signals from space in the hope of detecting signs of intelligence. There are plenty of natural objects out there that produce radio waves (like pulsars[29]), and looking for unmistakable marks of intelligence among all of the naturally occurring radio signals is like looking for a needle in a haystack. To find that needle, SETI researchers run the signals they monitor through computers programmed with pattern-matchers: 'So long as the signal doesn't match one of the preset patterns, it will pass through the pattern-matching sieve (and that even if it has an intelligent source). If, on the other hand, it does match one of these patterns, then ... the SETI researchers may have cause for celebration.'[30] The movie Contact dramatised the discovery of just such a signal, namely the following:

In this sequence of 1126 'bits' of information, the 1's correspond to beats and the 0's to pauses in the signal. This sequence represents the prime numbers from 2 to 101 (where a given prime number is represented by the corresponding number of beats, and the individual prime numbers are separated by pauses). The scientists in Contact took this signal as decisive confirmation of extraterrestrial intelligence. Why? Mathematician and philosopher William A Dembski explains:

Whenever we infer design, we must establish two things — complexity and specification. Complexity ensures that the object in question is not so simple that it can readily be explained by chance. Specification ensures that this object exhibits the type of pattern that is the trademark of intelligence.[31]

To see why complexity is crucial for inferring design, consider the following sequence: 110111011111 (the first twelve bits in the previous sequence). 'It is a sure bet that no SETI researcher, if confronted with this twelve-bit sequence, is going to contact the science editor at the New York Times, hold a press conference, and announce that an extraterrestrial intelligence has been discovered. No headline is going to read, "Aliens Master First Three Prime Numbers!"'[32] The problem here is that this sequence is too short (it has too little complexity) to establish that intelligence with knowledge of prime numbers produced it:

A randomly beating radio source might by chance just happen to put out the sequence '110111011111.' A sequence of 1126 bits representing the prime numbers from 2 to 101, however, is a different story. Here the sequence is sufficiently long (ie has enough complexity) to confirm that an extraterrestrial intelligence could have produced it.[33]

However, complexity in and of itself isn't sufficient to eliminate chance and indicate design. After all, if I flip a coin 1,000 times, I'll participate in a highly complex event, but no one would suggest that this sequence of coin tosses must therefore be the result of intelligence! This is because, 'this sequence won't exhibit a suitable [non ad hoc] pattern. Contrast this with the sequence representing the prime numbers from 2 to 101. Not only is this sequence complex, it also embodies a suitable pattern. The SETI researcher who in the movie Contact discovered this sequence put it this way: 'This isn't noise, this has structure'.'[34]

But do aliens actually exist? We don't have any direct evidence one way or the other[36], but an absence of evidence isn't necessarily evidence of absence. That depends upon how likely it is that we would find evidence of extraterrestrials if they exist.

Whether or not you think aliens exist depends upon what assumptions about the origin of life you bring to the question. The relevant assumptions were organized into an equation by pioneer SETI researcher Frank Drake (as Jill Tarter says, 'An equation is nothing more than a lovely way to organize our ignorance'[37]). The Drake Equation, as it has become known, suggests that the number of detectable civilizations (N) is determined by multiplying:

The value of N (number of detectable civilizations) derived from this equation depends more upon the philosophical assumptions underlying the values assigned to its component parts than it does to hard scientific evidence. For atheists, the answer mainly depends upon how likely the evolution of sentient life by purely natural processes is (ie upon the value of fl x fi). As evolutionary biologist Paul Ewald writes, 'if there is life on other planets, natural selection has to be the fundamental organizing principle there, too.'[38] While I think a Christian can accept evolution by natural selection as God's way of populating creation, there can be no 'has to be' about it for anyone who believes in God, and there are a range of other options that Christians should seriously consider.[39]

The more we learn about the structure of life, the less likely it seems that life could be the result of purely natural processes (whether or not those processes were designed by God).[40] Stephen C Meyer calculates that 'the probability of constructing a rather short, function protein at random [is] so small as to be effectively zero (no more than 1 chance in 10125), even given our multi-billion-year-old universe.'[41] To put this figure in context, there are only 1065 atoms in our entire galaxy! Such a staggeringly improbable explanation is the only one available given naturalistic assumptions.

Whether or not the only 'children of God' who will join with the angels when the 'new creation' is born out of the old will be human is, I suspect, one of those questions that will not receive a definitive answer this side of the age to come. In the meantime, we should continue to feel secure of our place in God's love, despite our place in the cosmos, remembering that our Heavenly Father loves us – not because we are the pinnacle of His creation, but because to err is human and to forgive is divine.

Now faith is the substance of things hoped for, the evidence of things not seen. For by it the elders
obtained a good report. Through faith we understand that the worlds were framed by the word of
God, so that things which are seen were not made of things which do appear. ...

This Web Page was Built with PageBreeze Free HTML Editor